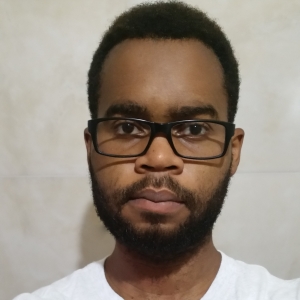 Today we feature Jhamali Vassell one of our 2018 Calico Challenge participants. Here is some insight into Jhamali’s views on technology.

“My name is Jhamali Devante Vassell, 22. I went Glenmuir High from 2008 t0 2015. I currently attend the University of the West Indies(UWI), Mona, Majoring in Computer Science and Electronics.

I became a volunteer for the Palisadoes Foundation September 2017.
My interests cover a wide range, but my main goal is to get into the field of robotics and AI development. Though most people are still skeptical about smart machines, I believe they are necessary for continued advancement, which may eventually become stagnate due to human limitations. If designed well, machines would be able to complete task with more precision and speed than humans, allowing the research and development process to go by more quickly. Another thing I’m quite interested in is robotic body parts, for the disabled, such as spine alignment technology, new limbs, and even eyes.
Currently I’m mainly focused on low level development, embedded systems and communication between them. I’m hoping to eventually go to Japan, where Robotic development is occurring on a large scale, and at a fairly fast pace. Other places I’m interested in are DeepMind, Google, Open AI, Tesla, IRobot, Touch Bionics.”

We interview software engineer, Javon Davis, a past participant in the Calico Challenge. He speaks about his impressions of the Jamaican software industry focusing on how both employees and companies can become globally competitive given the online resources now available.

Javon also discusses job search strategies to be recognized by international companies as potential employees or contract customers. He explains the concept of new massively open online courses (MOOCs) offered by leading universities and their impact on education and the industry. Social media sites such as LinkedIn and Twitter are also shown to be valuable tools when seeking contract or permanent jobs.

The discussion is engaging and informative.

The Palisadoes Foundation was conceived by a group of Jamaican technology professionals interested in assisting in the continued development new and existing technologies in Jamaica. We know Jamaica can produce world class software engineers and have been proving this in our outreach activities since 2014. A signature program of our nonprofit is the annual Calico Challenge where software engineering students in Jamaican universities are awarded an internship to work on open source projects over the summer under the guidance of an industry mentor. Students are paid a stipend based on the achievement of predefined goals. To date over 18 students have graduated.

Even with our success, our public awareness and donation base needs to be improved. Our presence on our website, Twitter, Facebook, LinkedIn and Instagram needs to be more effectively used to target persons interested in our philanthropic goals. We are seeking a part-time contractor to assist us in creating and implementing the marketing campaigns to do this.

The person will need to present a plan that outlines:

The person will need to be based in the Kinston corporate area of Jamaica. Please contact us though our website if you are interested in making a proposal. 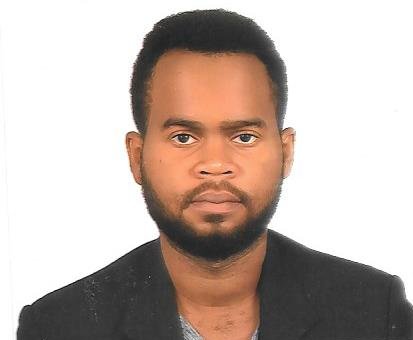 My name is Jhamali Devante Vassell. I went Glenmuir High, established in 1955, and remains one of the top performing schools in Jamaica. I currently attend the University of the West Indies(UWI), Mona, majoring in Computer Science and Electronics.

My interests are varied, but my main goal is to get into the field of robotics and AI development. Though most people are still skeptical about smart machines, I believe they are necessary for continued advancement, which may eventually become stagnate due to human limitations. If designed well, machines would be able to complete tasks with more precision and speed than humans, allowing the research and development process to go by more quickly. I’m also interested in is robotic body parts for the disabled, such as spine alignment technology, new limbs, and even eyes.

Currently I’m mainly focused on low level development, embedded systems and communication between them. I’m hoping to eventually go to Japan, where Robotic development is occurring on a large scale, and at a fairly fast pace.

The University of Technology, Jamaica (UTech) and t he University of the West Indies (UWI), Mona, campus, last week received a donation of computer network equipment valued at over JA$12 million* from the Palisadoes Foundation.

The foundation is a registered company in the state of California, USA, established by ICT professionals in the Jamaica Diaspora Technology Taskforce, to promote the use and production of ICT services in Jamaica.

“This donation of equipment will facilitate Jamaican universities in creating an environment that encourages students and faculty to research, create and use open-source software,” a UTech news release quotes Harrison, a Jamaican who is chief technical officer and co-founder of Silicon Valley company, Colovore.

According to the release, Harrison has built the core web infrastructure for several of Silicon Valley’s Internet titans and previously worked in IT at Google and Netflix.

He pointed out that global companies such as Google, Amazon, Facebook, Oracle, Cisco and others are leaders in the open-source software movement, adding that “success in open-source will open many doors”.

Open-source software is free to download, access, modify and use. Harrison expressed confidence that Jamaica can compete with the best in the world and have the capacity to create globally competitive software engineers and companies through exposure to open-source software. He pledged the support of the Palisadoes Foundation in continued partnership with Jamaican universities and the IT industry, towards this goal.

Professor Vasciannie, in welcoming the valuable donation and the partnership forged between UTech, UWI and the Palisadoes Foundation, said that “it will support IT operations in all 34 laboratories across the UTech, Jamaica Papine campus,” adding that “the new network will certainly go a far way in enhancing the university’s capacity to provide our students with every opportunity for knowledge-sharing, development of technical competencies, and experience in applying knowledge to problem-solving”.

Dr Mansingh, in her remarks, asserted that Jamaican IT students are among the best in the world despite being less resourced than their counterparts in larger economies. Noting that one of the major challenges with open-source adoption is the lack of trained IT personnel, Dr Mansingh called for both UWI and UTech “to collectively work to train an appropriately skilled workforce in technology that satisfies not only the needs of the region but also competes internationally”.

Dr Sean Thorpe, head, School of Computing and Information Technology, UTech, Jamaica ,who was instrumental in spearheading the acquisition of the IT equipment for both universities, said that it will support the continuous development of open- source software projects and will enable the establishment of a local area network for students that is separate from the UTech, Jamaica campus student WiFi network, which will enhance student customer experience. He noted Internet access for the equipment will be provided through a dedicated 200 Mbps data circuit.

The equipment donation was facilitated through the Jamaica Computer Society, which has historically collaborated with the Palisadoes Foundation. President of the computer society, Sheldon Powe, said “Jamaica is a lot better for the equipment donation”, and thanked the foundation for giving back to Jamaica.

* Based on the estimated original purchase value. The equipment was donated by a Palisadoes Foundation benefactor after the equipment was replaced during a technology refresh.