Students have managed many aspects of the the Calico Challenge since it was conceived in 2015. The Palisadoes Foundation’s goal is to promote ICT in Jamaica, and the first idea to aid in doing this was to sponsor and manage a series of hackathons.

The executive teams of the UWI Computing Society and the UTech IEEE Students Branch clubs at the time had two primary concerns. The first was that students already participated in many hackathons and there would be limited meaningful value in the clubs organizing yet another. The second was that both clubs had a mandate to encourage the expansion of the computing community through collaboration. Hackathons in their opinion didn’t completely meet the fostering of a collaborative community.

Another option for creating was the creation of a software development prize, but in their opinion they didn’t have the resources to create a program that was sufficiently objective in judging each project.

Finally students suggested that it would be best to create a system similar to the Google Summer of Code (GSoC) work study program where students get to work on Open Source software development projects under the guidance of a mentor. GSoC is sponsored by Google, thousands of students have participated in it since its inception in 2005.

Over many months, the student executives and the Palisadoes Foundation brainstormed ways to create a Jamaican version sponsored by private donations and sponsorships from Jamaican companies on the island and overseas. The ICT faculty and staff of UWI Mona and UTech were kept up to date on the development and provided support and space for events surrounding the soon to be Calico Challenge.

In January 2016, the Challenge was launched with major funding provided by the JPS Foundation, and the Joan Duncan Foundation in Jamaica with additional significant contributions from the Jamaica Diaspora.

Students reached out to the the GSoC team in Silicon Valley to see what suggestions they would have to make Calico a success. The aim was to see how Calico could become a feeder program into GSoC where students would get experience in Open Source software development through interaction with the Jamaican software community and its supporters. The next step would be students participating in GSoC.

The GSoC team, Stephanie Taylor and Cat Allman even talked via Google Hangouts to students interested in learning more about the program as part of the initial Calico launch program!

Collette and Jordan discussed their roles with Palisadoes and the progress of the Calico Challenge. They wanted to know how Jamaicans at Google and the Open Source community could become more involved with the Calico. There was also discussions of how to keep volunteers engaged with their Palisadoes outreach.

An interesting point of discussion was that the Open Source community has had difficulty in attracting women coders with only an estimated 5%-10% participation rate. Collette and Jordan spoke about 80% of university classes being attended by women in Jamaica and that it would be a good talent pool to recruit for Open Source participation and beyond.

The informal link between the Palisadoes Foundation and the Google GSoC team continues to strengthen. Googlers have begun to reach out to us to find possible ways to assist.

There are many roles available for volunteers interested in helping the Palisadoes Foundation, most take only an hour or two per week. Contact us for more details. 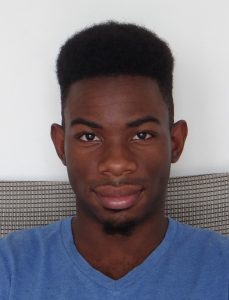 The Recurse Center (RC) is a self-directed, community-driven educational retreat for programmers in New York City. It has a diverse, active and engaged alumni community of over 1,000 smart, enthusiastic, helpful programmers all over the world. The RC believes that people learn best when they take control of their own education and are free to explore what they’re interested in.  The RC also has an integrated recruiting agency that helps companies of all sizes hire its alumni.

The Recurse Center is highly regarded in the software development community. It is easy to find critiques of its services online. For example in this Quora posting a participant discusses her experiences and states “RC is also the perfect place to be both very productive and very distracting. Productive because you are completely immersed in an environment of coders. And distracting because there are always so many events/talks to attend.”

Calico Challenge 2016 alumnus, Alex Nicholson, is currently attending the Recurse Center and sent us is first impressions. This is what he has to say.

It’s been a great experience so far. Students thinking of applying applying in the immediate term should consider these points I think they may be interested in:

The website has a very good description and my experience has matched this exactly so far: https://recurse.com

I will likely write a blog post detailing the application process, my experience and some advice for potential applicants closer to the end of my batch (in August).

Good luck Alex, we hope to hear more in your job post!